that they are most used to be a blessing to it."  -Iain Murray

It is exciting to see and listen to Janet Mefferd stand solidly on the word of God as she takes on issues in today's world. Many looking for truth and a Christian viewpoint of the news will enjoy her show. 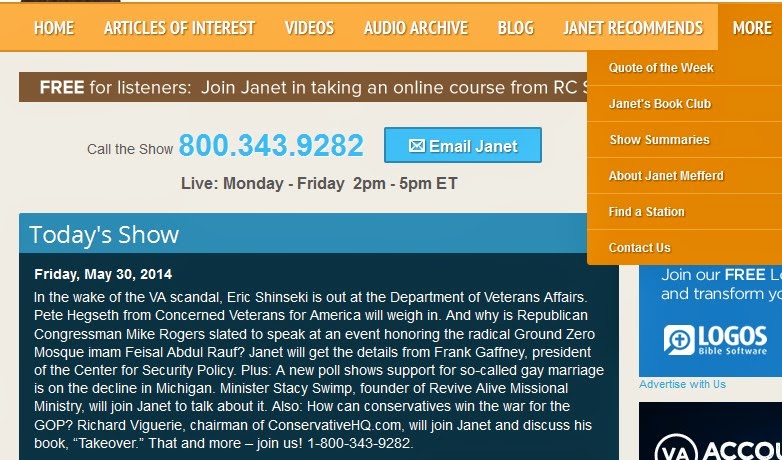 About Janet Mefferd (from her page)

The Janet Mefferd Show takes a distinctively Christ-centered look at the news and events of the day, both in the church and in the world. A former news and religion reporter and editor for newspapers including The Dallas Morning News and the Daily Herald, Janet also has more than 20 years of Christian broadcasting experience, with her career taking her from Alaska to Chicago to Dallas.

Her local program on KWRD-FM in Dallas quickly went into syndication and is now heard daily on over 100 stations across the nation. Janet has been described as “A breath of fresh air for Christian radio.” And with her wealth of experience in broadcast and print journalism, Janet’s show—in syndication since February 2010—is destined for long-term impact within the Christian world.