Family Matters: Family Pride
By Amy Gentry
Pride is a noun.  It’s not a person, it’s not a place, it is a thing.  I Googled the definition of pride and found it could refer to satisfaction and sense of your own self-worth or a feeling of superiority.  Some of the synonyms for pride were arrogance, conceit, smugness, self-importance, egotism, vanity, immodesty, superiority.


Unfortunately pride can be found in most homes just as commonly as a coffee table.


The remedy for pride is grace.  By extending grace to others within your own home you become increasingly less full of pride.  Grace is love undeserved.  “Bearing with one another and, if one has a complaint against another, forgiving each other; as the Lord has forgiven you, so you also must forgive.” Colossians 3:13


Pride Versus Grace – What is The Real Difference? 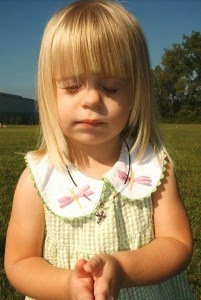 
Pride is reaping exactly what one has expected.
Grace is astounded by the great harvest one has reaped.
Pride is saying, “I am God.”
Grace is saying, “God loves me and lives in me.”


Pride delights in judgment.
Grace uplifts the lowly with understanding.
Pride is always envious, because it sees itself more worthy than the rest.
Grace invokes only thankfulness, because it gives to those who deem themselves unworthy of it.
Pride is impatient with faults, because it fears rejection.
Grace is patient and kind, for the love it gives is without condition.


Pride is prone to greed, because it is afraid of poverty.
Grace fills those who are poor in spirit, and they shall lack nothing more.


My Name Is Pride, I Am A Cheater