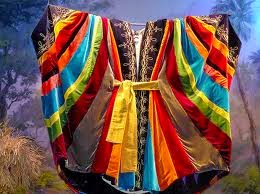 “When his brothers saw that their father loved him
more than any of them, they hated him
and could not speak a kind word to him.”
Genesis 37:4

We saw it with Cain and Able, then came Jacob and Esau, now we have Joseph and his brothers, and we are still in Genesis! The topic of favoritism seems to be common in families then and now. Unfortunately, it is often said that many parents have a favorite child.


Dr. Richard D. Dobbins gives some insight into the most influential years of a child when the most damage done by favoritism might occur, “the years that are critical are the first five years and then the 12th through 15th years. Many times parents contribute to sibling rivalry because they compare their children. . . never compare one child to another.”  Parental Favoritism and Sibling Rivalry.

According to an article by Nancy Shute, KidsPerception of Parents’ Favoritism Counts More than Reality,  “Less-favored children are more likely to be using drugs, alcohol and cigarettes as teenagers, according to researchers at Brigham Young University in Provo, Utah. This is a sobering reminder of how important parental love and appreciation is to a child.

Your opinion matters to your child. It only takes a moment to look into your child’s eyes and tell them

“Now Israel loved Joseph more than any of his other sons...”
Genesis 37:3.

No wonder his other sons were jealous of Joseph. Jealousy will generally lead to some form of anger and anger will invariably lead to a poor choice. In this case, a very poor choice,

“Come now, let’s kill him and throw him into one of the pits. We can say that a vicious animal ate him.” Genesis 37:20.
Finally, we see that no matter what man does, God is still in control.

“We know that all things work together for the good of those who love God: those who are called according to His purpose.” Romans 8:28.

God had a plan for Joseph, and nothing his father or brothers did would be able to overcome God’s plan.

Challenge: View each of your children as an amazing blessing from God. Make sure to give each of them an equal share of your time and attention and let them know specific things you enjoy and appreciate about them. Tell them how much you love them. They need to hear it from you!