Ask Not What Your husband Can Do for You, Ask What You Can Do for Your Husband
Your spouse is your TOP earthly priority. As you delight in him as such, your relationship will thrive. Start purposely serving your husband by asking him 3 things that you can do for him daily. This thoughtful act of service will communicate love and respect. As you do those three or more things each day, you will prove to him that he is tops on your list.
“Do nothing from rivalry or conceit, but in humility count others more significant then yourselves.” Philippians 2:3
www.titus2women.org
No comments:

Genesis - In the Beginning


Genesis – In the Beginning
By Carri Pratt

“Seven days from now I will send rain on the earth for forty days and forty nights, and I will wipe from the face of the earth every living creature I have made.” Genesis 7:4

Many questions arise while reading the account of the flood. A few practical ones that entered my mind were;

Luckily, many very smart men and women have researched this important event and have come up with some answers.

AnswersInGenesis.org has an entire page dedicated to the calculation of Noah’s age and the length of time the ark took to build.  Using passages from Genesis 5:3 – 11:10 they have calculated it took Noah between 55-75 years to build the ark. (read more)

“Noah was six hundred years old when the floodwaters came on the earth.” Genesis 7:6.  This Bible passage, combined with the calculated time of 55-75 years to build the ark, tells us that Noah was between 525-545 years old when he was told to build this huge vessel!

What about the thousands of witnesses that surrounded Noah? Noah had a ministry of witnessing to these people on a daily basis for almost 75 years. Did not one of them think to himself or herself, “maybe this guy is right?”

So did it really happen? There have actually been several expeditions to find Noah’s Ark. A Dutchman by the name of Johan Huibers has even built a replica of the Ark based on the Biblical description. (read more) 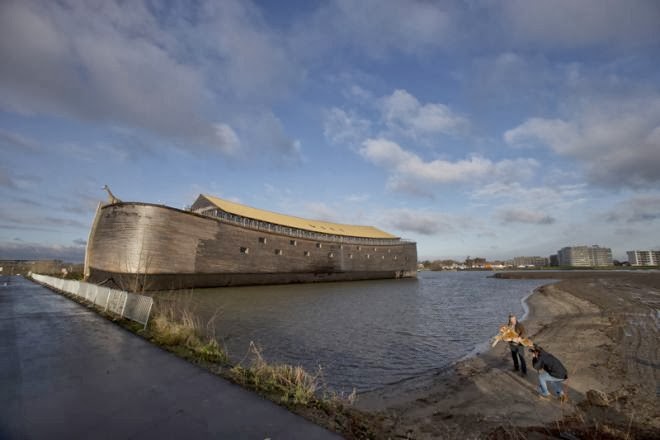 ABC News did a story titled, Evidence Noah’s Biblical Flood Happened. Below is an excerpt:
Four hundred feet below the surface, they unearthed an ancient shoreline, proof to Ballard that a catastrophic event did happen in the Black Sea. By carbon dating shells found along the shoreline, Ballard said he believes they have established a timeline for that catastrophic event, which he estimates happened around 5,000 BC. Some experts believe this was around the time when Noah's flood could have occurred.  (read more)

And of course there is the new movie opening March 25th starring Russell Crowe as Noah. (watch trailer)

No matter what evidence we may find, what movies may be made, or what models may be built, the fact remains that it is written in the pages of scripture which we hold to be truth. Jesus believed in Noah’s flood.

The fact is that Noah had great faith, even though there is no record of rain before this time, and we can learn a valuable lesson from him. When we go through our lives, no matter what the conditions or circumstances, we can have faith that God is with us.

“By faith Noah, when warned about things not yet seen, in holy fear built an ark to save his family. By his faith he condemned the world and became heir of the righteousness that is in keeping with faith.” Hebrews 11:7 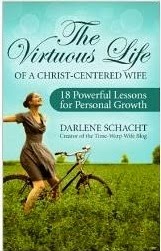 Darlene Schacht is the author/creator of The Time-Warp Wife. Her newest book uses the SOAP method (Scripture Observation Application Prayer) to teach women how to be Christ Centered in their thinking and in their marriage. She states in her book that it is “an 18 part study for daily or weekly reflection.”

Each word helps to create an open heart ready to receive instruction from the Holy Spirit.

Her book is based on Biblical concepts and touches on the virtues of kindness, self-control, trustworthiness, encouragement, purity, love, patience, humbleness, faithfulness, forgiveness, joyfulness, passion, radiance, balance, goodness and courage.

Each lesson is short, powerful and centered on scripture. The average reader can probably complete each lesson in 15 minutes including meditating on the application and reading the prayer.

We Make Our Habits Then Our Habits Make Us
Training our small children in the area of modesty will serve and protect them well as they grow older.
To teach your children even as very young to cover themselves when not dressed and respectfully turn their eyes away from another sets a great standard for purity throughout their lives.
“Train a child up in the way he should go: and when he is old, he will not depart from it.” Proverbs 22:6
www.titus2women.org
No comments:

Our Story: From Despair to Unspeakable JOY 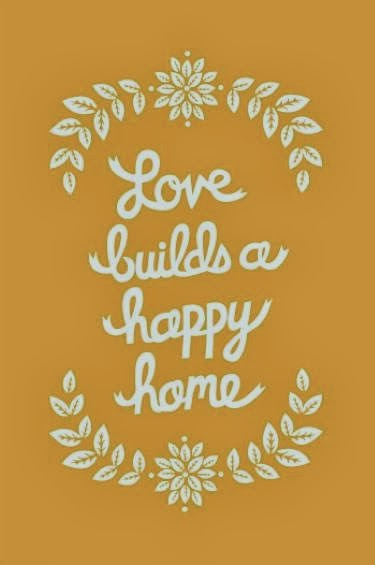 Our Story: From Despair to Unspeakable JOY
Dedicated to the husband of my youth, my one true love, Vince. TO GOD BE THE GLORY!
Written by Mrs. Kim Hawkins

I started to pray for my future husband when I was 14 after the advice given me by my sister-in-law, Carol. I confidently prayed with great expectation with child-like faith for the man I would one day marry. As I prayed for him, a love was seeded in my heart for this man I had envisioned and a growing endearment began.
After meeting on a blind date, we formed a friendship. Within months, we were engaged. In less than a year, we were married. It all happened very natural and so effortless. I wasn’t nervous at all and even ate half of a BBQ sandwich that my dad gave me before heading to the church.

After the wedding, we bought a sweet house on a corner lot.  I immediately started thinking about trading out my job and sports car for a minivan FULL of babies. “This will be wedded bliss,” my very naïve and young mind confidently believed. A year quickly passed and I found myself decorating the Christmas tree all alone on our first anniversary while my husband hung out with his buddies (Me: I’m not ready to think something might be wrong; Him: “Huh? What’s wrong?”)

As time went on, I very selfishly focused all my attention on becoming pregnant, preparing for baby, and nursing my babies for over 18 months (with not one supplemented bottle), over-planned birthday parties, matching Christmas pajamas, perfect Easter baskets, smocked John-John’s and smocked dresses with ruffled socks and leather Mary-Jane shoes, sponge rollers, a custom bow to match every single outfit. This was my job; my calling. I was good at it.

My Husband had his calling too, his work, he was also very good at it. Working long hours, traveling on weekly business trips, and golf on the weekends to reward himself for all the long hours he’d put in.
Are you starting to see the breakdown here?? It’s making me sad just to see it here in print.
Here is where I started allowing bitterness to slowly creep in. It’s such a slow fade that you don’t even notice that the person you were who was full of hope, joy, and unconditional love steps outside, then onto the porch. One day, she’s gone! I can’t remember who I once was or how I became so angry.

This is shamefully where I began to passive-aggressively take out my frustrations, loneliness, and hurt on my oh-so-precious groom. I began to make slight jabs and jokes at my husbands expense in front of our friends, his co-workers, our families…It really didn’t matter. I spoke ill of him to whoever would listen. Those slight jabs progressively worsened as the years passed by too.
This behavior very clearly DID NOT draw him near to me, only causing more loneliness, hurt, rejection, and frustration. We did try many different counselors over the years, but things were so strained. Life sure won't stop and there’s work to get done. 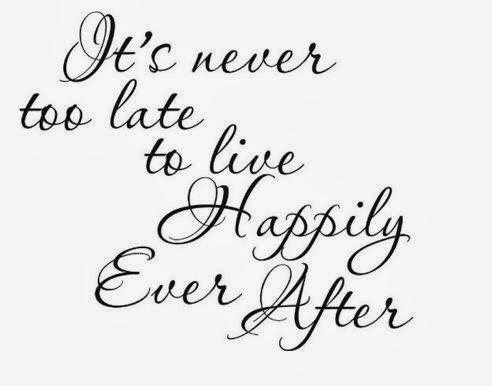 Two things my husband and I undoubtedly have in common: we are both very passionate and are very strong-minded. We are NOT quitters (why do you think we have made it 20+ years). So our arguments were often and heated, both having valid points.
After years of hurt and disappointment, I once cried out to God saying, “Why did you let me marry the wrong man?” I specifically heard in my heart The Lord tell me, “He’s becoming the man you prayed for.” This divine affirmation kept me going when nothing else could.
Recently, I was knocked off my feet-flattened really-by a very hard blow. It has been the worst heart ache in my life. Brokenness that I never knew was possible quickly followed. It’s taken months of professional counseling and prayer to overcome. The counseling I've been receiving is so great and it has opened my eyes. I had withheld love, respect, laughter, and joy, because I was holding onto so much hurt instead of offering forgiveness, love, and grace UNCONDITIONALLY, as God does for us. 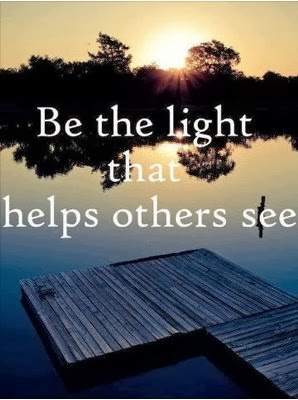 God so graciously revealed my faults and nasty self-protective habits that kills any chance of a good relationship. I now allow myself to be vulnerable and to love with no expectations. We now have an amazing bond and tenderness that otherwise would not have come.  We take every chance to be alone together and make our marriage the priority it should have always been. We now laugh together and delight in each other, just like we are newlyweds again.


Thank God, I finally see-REALLY SEE-the true gift of my husband. In the past, I would focus on what was wrong, not being able to see much good. If I’m pointing a finger now, it’s usually at me. “Where am I in the wrong, Lord?” Guarding my beloved husband, I now choose to look at only the good, and there is SO very much.


I am forever grateful that our lives are changed forever and we are finally able to be what we were brought together to be! He is most definitely the man I prayed for and only God could pick such a perfect fit for me!


Challenge: My negative reaction to my hurts (the symptoms) could have been a red flag for those around us that are older and wiser to step in and offer seasoned advice, to recommend help, make a suggestion, and pray. Please take the time to sincerely ask about and lovingly encourage couples in your circle about any areas of concern you may witness.
“I consider that our present sufferings are not worth comparing with the glory that will be revealed in us.” Romans 8:18
www.titus2women.org
No comments: