Spirit Led Living
Picture yourself on a raft going downstream on a steady flowing river. For you to remain safe and dry you must stay centered and keep your eyes up, not shifting your weight or focus. Keeping from distraction, you let the raft take you with its flow and you will be okay through all the dips, turns, and rough patches of rock and debris.
You are not in control, but you are consciously staying engaged with where the carrier is taking you.
The key to walking in the spirit is surrender to His flow. The result is living free of stress, worry, fear, doubt, mistakes, and without exhaustion.
“If we live in the Spirit, let us also walk in the Spirit.” Galatians 5:25
www.titus2women.org
No comments: 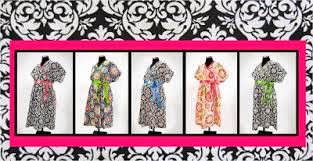 “Have you ever seen the first family photo where you look at the baby and think, "How precious! Mommy has a beautiful glow about her, but wait, what is she wearing? That tattered worn out hospital issued blue gown!"


It is very important to purchase the perfect gown for your wedding day... why wouldn't you treat yourself to look beautiful on your delivery day?”


By Ashley Isaacs, CEO of PUSH! 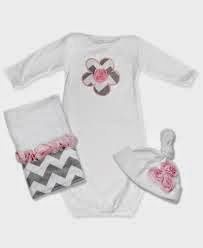 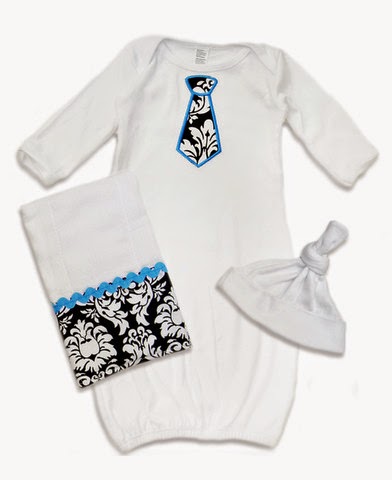 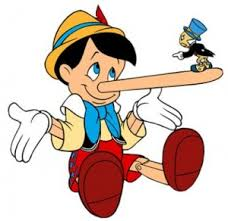 Does Abraham ever learn his lesson?  Didn’t he just do this same thing in Egypt? It’s easy to slip back into old sinful habits.  Even if we know better.  Even if we have suffered the same consequences before because of the same old sin.


The Israelites would be fed miraculous manna in the morning and by sunset worship a foreign God.  They would see a pillar of fire on the horizon and then slip the ring off their finger to melt down into a calf (slight exaggeration). But isn’t that the way we walk through our day?  A circumstance would arises and your first micro-millisecond instinct is to think on your feet and come up a solution that makes sense to you.


Wow.  Maybe the miracle here is that God does not give up on us.


Even with Abraham, once again he committed the same old sin, but yet God made it a point to tell Abimelech that Abraham was a prophet and Abraham would pray for the pagan king therein blessing him.

7 Now return the woman to her husband, and he will pray for you, for he is a prophet. Then you will live. But if you don’t return her to him, you can be sure that you and all your people will die.”

17 Then Abraham prayed to God, and God healed Abimelech, his wife, and his female servants, so they could have children. 18 For the Lord had caused all the women to be infertile because of what happened with Abraham’s wife, Sarah. 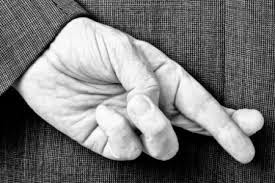 Email ThisBlogThis!Share to TwitterShare to FacebookShare to Pinterest
Labels: Genesis

Get Out of That Pit

Get Out of That Pit
Terrible habits can steal so much from us. What happens when we neglect our health? Our teeth, muscles, strength, thoughts, and endurance begin to soften and rapidly decline. The same happens to our relationships with our spouse and children when busyness or just plain pride cause us to neglect those that are most important. Those relationships start slipping, softening, go stale, and can get smelly and rotten fast.
“…I have set before you life and death, blessings and curses. Now choose life, so that your children may live and that you may love the Lord your God, listen to his voice, and hold fast to him.” Deuteronomy 30:19-20
www.titus2women.org﻿
No comments:


The fear of the LORD is the beginning of wisdom, and knowledge of the Holy One is understanding.
Proverbs 9:10 NIV 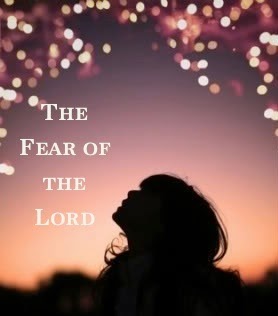 
A: The “fear of the Lord” is best defined and understood as reverence, awe.  We begin to gain wisdom when we understand just how minuscule we are in comparison to the Lord and all of His ways, to the point of our utter humility.  I think that the Aramaic Bible in Plain English states Proverbs 9:10 the best, “The beginning of wisdom is the awe of Lord Jehovah and the knowledge of the Righteous Ones is understanding;” (emphasis mine)


To be crystal clear – “fear of the Lord” is NOT being scared, anxious, frightened, dreadful, or timid.

Read, pray, and meditate on these parallel versions of Deuteronomy 10:12-13:


MSG “So now Israel, what do you think God expects from you? Just this: (1) Live in his presence in holy reverence, (2) follow the road he sets out for you, (3) love him, (4) serve God, your God, with everything you have in you, (5) obey the commandments and regulations of God that I'm commanding you today—live a good life.” (emphasis mine) 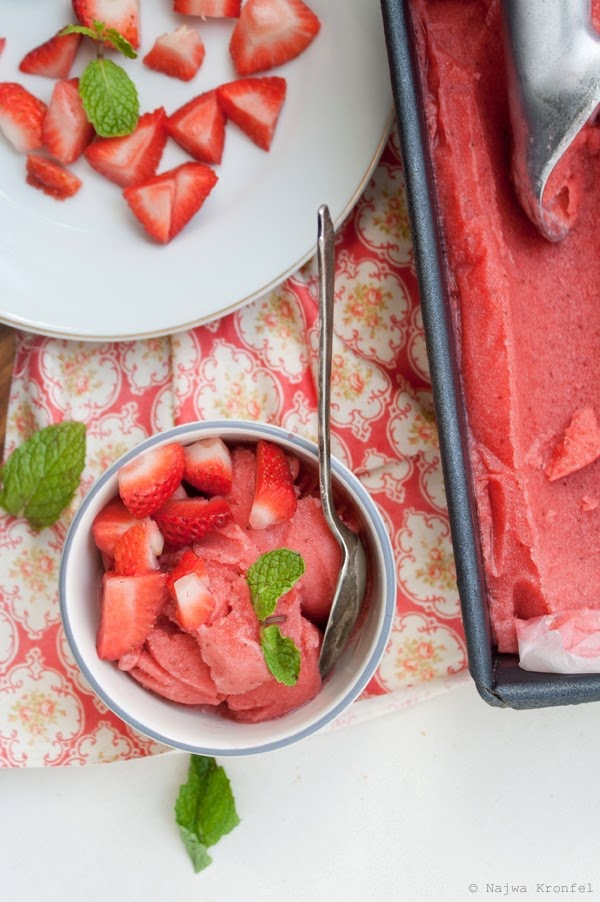 
In a saucepan, place the sugar, orange juice and water and bring it to a boil. Let it boil until sugar dissolves, about 3 minutes.  Add the strawberries and the orange zest and let the mixture boil for 8 to 10 minutes. Using a hand blender (regular blender works just fine just do it in small badges) Puree the mixture and then pass it through a fine mesh strainer. Let it come to room temperature and place in the refrigerator to chill. Pour the mixture into an ice cream maker and freeze according to manufacturer's instructions.


Recipe courtesy of http://deliciousshots.blogspot.com/2012/03/strawberry-orange-sorbet.html
No comments:

Email ThisBlogThis!Share to TwitterShare to FacebookShare to Pinterest
Labels: Recipes


Genesis – In the Beginning
Chapter 19
By Carri Pratt

“The two angels entered Sodom in the evening
as Lot was sitting at Sodom’s gate.”
Genesis 19:1 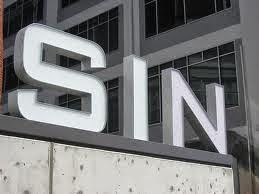 This chapter was disturbing on so many different levels. First there are angels visiting the morally bankrupt city of Sodom, there are perverted men demanding inappropriate actions, there is Lot offering up his daughters as a sacrifice, they have to flee from the city, Lot’s wife turns into a pillar of salt and finally, Lot’s daughters trick him into fathering their children.

This is a horrifying story of how sin can run rampantly wild when left unchecked. Sodom was a wicked city that God chose to destroy. It serves as a reminder of both the days of Noah and today’s modern world.

Lot had been on the same righteous path as Abraham. However, he chose to live near a morally corrupt city and was drawn into a sinful lifestyle, so much so that when the angels told him to flee, “he hesitated” Genesis 19:16.

He had slowly grown accustomed to the sin, and it no longer bothered him.

Could the same thing be happening to us in today’s culture? 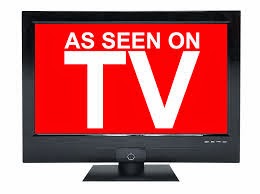 Take a look around the next time you are in a grocery store, what headlines are on the magazines? Take notice next time you see a random television commercial, is there a sexual connotation? Take a quick look at the ads that pop up on the computer screen as you are surfing the net, what do they ask of you?

It is very possible that the Christian church as a whole is slowly becoming accustomed to the sinful culture all around us. Therefore, we have to ask ourselves, when asked to flee, will I hesitate? 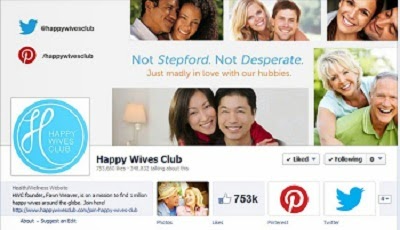 Here is their About Us:

First, there were the Stepford Wives.  Then came the Desperate Housewives of Wisteria Lane.  Followed by the “Real Housewives” of Orange County, Atlanta, Washingon D.C., New Jersey and New York.

Wives are miserable.  Marriages usually fail.  Husbands eventually cheat.  This is what so many have come to believe.  But this is not everyone’s reality.  It is certainly not mine.  I am a happy wife.  I love being married.  I adore my husband.  And I am not an anomaly.

Yes, there are some unhappy wives, marriages that end in divorce and husbands who are unfaithful.  But are they the majority?  We don’t believe they are and we’re setting out to prove it.

We’re searching for at least 1 million happy wives all over the world. Those like us who enjoy being a wife, absolutely adore their husband and are still head-over-heels in love. 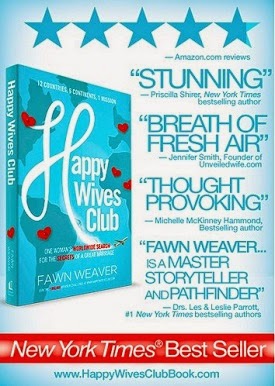