What Your Husband Wants for Father's Day 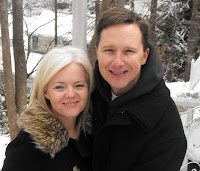 Barrett Johnson, the Minister to Families at Johnson Ferry Baptist Church in Marietta, Georgia www.infoforfamiliesblog.com. He is married to Jenifer (you can find a few posts by her on here as well; she's a lot smarter than he is) and they have five kids: the oldest is 19 and the youngest is 4. His interests are traveling with Jen, hanging out with his kids, and playing bad golf. He digs 80's music, Monty Python, and watching competitive origami. He is known for his super-hero caliber metabolism. You can contact him at barrett.johnson@jfbc.org.

What Your Husband Wants for Father’s Day
By Barrett Johnson


For this Father’s Day post, I want to start by affirming the vision of Titus2Women.org. Challenging women to shepherd and encourage other women is a very good (and biblical) thing. On the other hand, inviting a man to the table in honor of Father’s Day and letting him challenge women from a man’s perspective…now that’s just plain risky. Who knows what my compartmentalized brain, my emotionally deficient heart and my testosterone-driven fingers will write?


Thanks for taking a chance on me. I hope that God encourages you today.


The Father’s Day gift is always a challenge. Ever since Old Spice stopped making the “Soap on a Rope,” children the world over have had to actually work to think of something meaningful to give their dads. Encourage your kids to be creative and sentimental, but if the best you can come up with is another tie, we are okay with that. It’s the thought that counts.

But beyond the little gift a child gives his or her father, what can a wife give to her husband? What does he need most from her? Not just on Father’s Day, but every day. I have thought of at least four things that your man cannot get enough of. Use these as a simple checklist to see how you are doing at meeting your husband’s deepest needs.

If your husband has even the slightest spiritual pulse, he feels the burden of responsibility of leading your family spiritually. He knows he should, he just doesn't know how to do it very well. After all, if he is like most men, his own father didn’t model spiritual leadership for him. He doesn’t have a clue.


What most women do not realize is that, because of the mantle of responsibility that God has placed upon husbands, the spiritual attacks on a man are often far more substantive than those on wives. Rob Rienow describes the family as a bunch of high-speed bicycles in a race, drafting behind one another in a pack. The husband is in the lead, taking the brunt force of the wind, while his wife and kids draft behind him.


Understanding this reality should serve to make a wife more patient more supportive of his leadership, as little and as infrequent as it may be.
If a wife understands that her husband is under constant attack, she is more likely to understand his powerful need from affirmation from her.  Back to the racing bikes analogy, it is very easy for the wife to be easily drafting behind her husband, all the while complaining that he’s not pedaling hard enough. “Pick up the pace!” she might yell. “Why are you struggling so much? This isn’t that hard!”  Instead, if she realizes that he has the weight of the family on his shoulders, she is much more likely to affirm him and build him up. When she does so, she will discover the power it has to make him come alive.
Jenifer and I have taught many times on a husband’s need for affirmation and respect from his wife and I am still amazed at looks on the women’s faces. It’s like Paul on the road to Damascus, with “scales falling off their eyes.” Hear this from a man: there is no more powerful a motivator in my life than the affirmation of my wife. This is true for just about every man I have known.


The last time we taught this to women, I used illustrations from powerfully romantic movies that women could relate to: Rocky, Cinderella Man, and Saving Private Ryan. Now, I know what you’re thinking…those movies aren’t romantic. But ask any man what the most powerful moments are in each of those films, and he will probably mention not the time when the hero conquered his enemy…but the moment just before or after it…that emotional, empowering moment when the hero’s woman says “I believe in you. I’m proud of you.”  That will get his eyes misting up every time. Ladies, you have no idea the power you have over us in this area. In big and little things, your affirmation is literally the air we breathe.
I’m not sure “followship” is a word, but I know that your husband needs you to follow his leadership. So it will have to do.


I have a long-standing theory: Most Christian women want their husbands to lead them….but only if the husband leads in the way the wife wants him to. If and when he leads in a way that she doesn’t deem best or right, she resists his leadership. She questions his judgment. Then, she complains that he won’t lead.


You can’t have it both ways. If you want him to lead you, you must be willing to follow him. You might not always like it, but there is not better way to shut him down than to question, doubt, and nit-pick his decisions. I’m not suggesting that you turn into a doormat. Absolutely not! Even the most bone-headed husband values his wife’s perspectives. But there’s a big difference between talking things through and undermining his leadership at every turn.


In a number of occasions in counseling a couple in crisis, I will pick up on the fact that the wife has developed a habit of constantly undermining the husband. I can see his frustration…either manifested in anger or emotional withdrawal. On a couple of occasions (to make a graphic point) I have gotten the scissors out of my desk, handed them to the wife, and asked her to go ahead and “cut them off” of him. After I pick their jaws up off the floor, I tell the wife that she might as well do it literally because that’s what she is doing to him emotionally all the time.  And she wonders why he isn’t more loving. Respect and follow his leadership, ladies. He desperately needs this from you.


Finally, your man needs your prayers more than anything else. Nothing will give him more confidence and more inspiration as a man and as a spiritual leader then the constant reminder that you are praying for him. This works a lot better than nagging him.


I could expand on this some more, but you know it’s true. It will accomplish nothing for me to tell you that interceding for your husband is important. You just need to believe that it’s true, find delight in doing it, and get busy praying. That’s a truth for husbands, as well.  God wants to meet us in our deepest needs and give us direction for facing the challenges of our every day lives. Nothing facilitates that better than aligning our hearts and minds with His in prayer.

I encourage you to run this post past your husband to get his opinion on what I have said. If I’m way off base, then accept my profound apologies. But I don’t think I am.  These four things would make the best Father’s Day gift a wife could possibly give to her husband.


And they will be appreciated and valued long after the tie goes out of style.

My husband and I printed this article and read it together. He agreed with the whole article and the spirit it was written in. We tearfully read this and agreed we have some unbalance in our marriage. We commited to applying these very wise and timely principles immediately.

Thank you Barrett for always being courageous to speak the truth!!